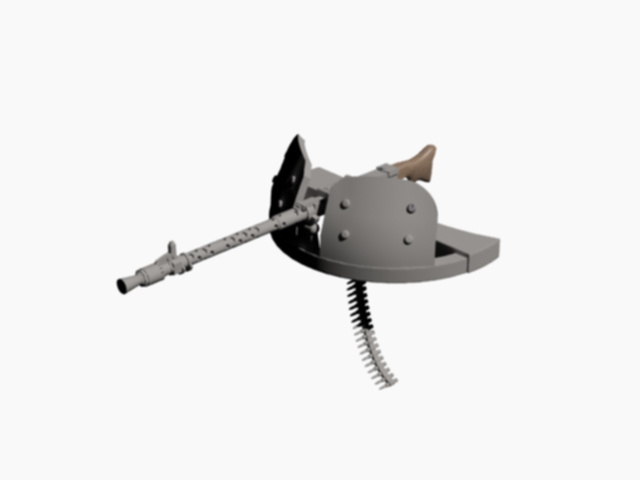 The Maschinengewehr 34, or MG 34, is a German recoil-operated air-cooled machine gun, first tested in 1929, introduced in 1934, and issued to units in 1936. It introduced an entirely new concept in automatic firepower – the Einheitsmaschinengewehr (Universal machine gun) – and is generally considered the world's first general-purpose machine gun (GPMG).

The versatile MG 34 was chambered for the full-power 7.92×57mm Mauser rifle cartridge, and was arguably the most advanced machine gun in the world at the time of its deployment. The MG 34 was envisaged and well developed to provide portable light and medium machine gun infantry cover, anti-aircraft coverage, and even sniping ability. Its combination of exceptional mobility – being light enough to be carried by one man – and high rate of fire (of up to 900 rounds per minute) was unmatched. It entered service in great numbers from 1939. Nonetheless, the design proved to be rather complex for mass production, and was supplemented by the cheaper and simpler to mass produce MG 42, though both remained in service and production until the end of the war.