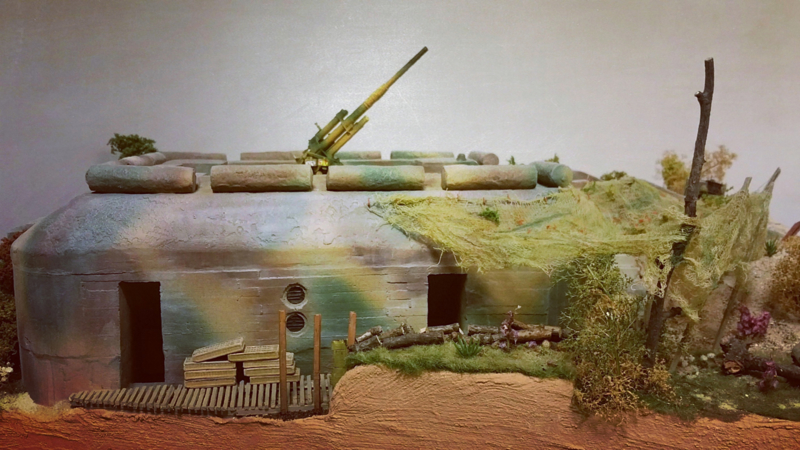 With this type of bunker, an open bedding was placed on top of the bunker. The bed was octagonal with one side open.

Via a road that was built within the position and connected to the bunkers, the guns could possibly be removed fairly quickly via the open side of the bed. On the edge of the beds were concrete rolls called "splitter rolls". These protected the gun crew against bomb shrapnel. If the gun was to be deployed on land targets, this could be rolled away so that the barrel of the gun could lower further

The living room had room for thirteen people, of which 12 in bunk beds, three on top of each other, must spend the night. the thirteenth man had a single bed.